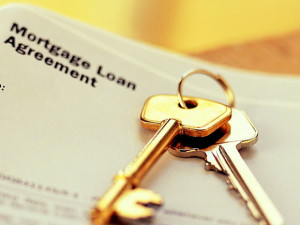 A mortgage, also referred to as a mortgage loan, is used by buyers of property to raise capital for purchase or by existing property owners to raise funds for any purpose.

Before understanding this in detail, let us re-visit the more commonly known entity ‘loan’. A loan is a relationship between two parties – a lender and borrower. The lender is also called a creditor and the borrower is called a debtor. The money lent and received in this transaction is known as a loan. The amount of money initially borrowed is called the principal. The borrower pays back not just the principal but also an additional fee, called interest.

Loan repayments are usually paid in monthly instalments and the duration of the loan is usually pre-determined. In the early years, most of your repayments will go toward paying off interest on a mortgage. But as your mortgage reduces, the interest part of the repayment goes down. So as time goes on, more of the monthly repayments go toward paying off the capital. The borrower usually has to pay an up-front amount called as the down-payment as part of the initial loan payment. This is usually arranged to a maximum of 20% of the property value.

Mortgages are secured (collateral) loans that are specifically tied to real estate property, such as land or a house. A collateral serves as protection for a lender against a borrower’s default—that is, it can be used to offset the loan to any borrower failing to pay the principal and interest under the terms of a loan obligation. Un-secured loans are not attached to assets hence they introduce higher risk to a borrower. These kinds of loans thus involve smaller amounts. Credit cards, bank overdrafts, and personal loans are all types of unsecured loans.

The property is owned by the borrower in exchange for money that is paid in installments over time. This enables borrowers to use property sooner than if they were required to pay the full value of the property upfront. Once the mortgage amount (principal + interest) is paid in full, the borrower then becomes a full owner of the property. This arrangement also protects creditors (mortgagees). In the event that a debtor repeatedly misses mortgage loan payments, for example, his or her home and/or land may be foreclosed upon; meaning the lender once again takes physical ownership of the property to recover the losses incurred as a result of the defaults.

Another interesting type of an instrument in this family is a reverse mortgage which helps the home-owner to raise capital by borrowing against the value or his / her home. This is exactly the opposite of a conventional home mortgage loan. When the home is pledged, its monetary value is arrived at by the bank, on the basis of the demand for the property, current property prices, and the condition of the house. The bank then disburses a loan amount to the home-owner in the form of periodic payments, after considering a margin for interest costs and price fluctuations. The periodic payments also known as reverse EMI are received by the home-owner over fixed loan tenure.