IT and Auto Industry Hub 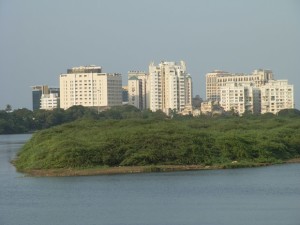 Aside from the fact that Chennai is considered an IT and auto industry hub, there are many other acclaims attributed to Chennai. The city is host to the third-largest expat population in India, coming next only to Mumbai and Delhi. What’s more, BBC has recently ranked Chennai as one of the ‘hottest’ cities to live in- a global city that has a beautiful amalgamation of the modern and traditional ideals. And the accolades don’t just stop there, Chennai’s emergence as an offshoring hotspot has further cemented the glistening future of this city and has made the city the secondary financial hub in India coming next after Mumbai. With a lush talent pool comprising of skilled manpower of IT professionals and industrial personnel, a conducive business environment and a favourable economy the city is set for many more epic milestones.

How it unfolded
The astounding growth of IT/ ITES industries in Chennai city has taken the peripheral towns such as Siruseri, Kelambakkam and other localities in a virtual storm. However, of all the places that have clocked high growth, Siruseri has been the biggest beneficiary in terms of all round development, perhaps on account of the IT park here.

About Siruseri
Located at a distance of around 25 kms from the main city centre, Siruseri is a south eastern suburb of Chennai, positioned en route the OMR (Old Mahabalipuram Road). In fact, one can easily reach Siruseri, as it comes approximately at the end of the IT Corridor along the OMR. Located between Navalur and Kelambakkam, Siruseri houses the SIPCOT IT Park- the largest IT Park in Asia. What’s more, the area will probably be home to a proposed six-lane highway in the future.
The Siruseri IT park

The IT Corridor was developed to give an impetus to the growth of IT companies with dedicated allotment of land for organizations that wished to build their own campus; the SIPCOT IT Park being the best case in point. Today, the IT corridor is a massive stretch of road comprising of six-lanes with localities touched by these corridors emerging as favoured places for real estate investment by NRI’s, IT professionals, HNI’s, corporates and end users.

The same can be said about Siruseri egged on by the widespread development along the IT corridor, the ticket to fame for Siruseri came about with the establishment of this IT Park. A massive commercial space located in Padur and developed on 1000 acres of land, the Park has transformed Siruseri’s landscape forever.

The IT park by SIPCOT (State Industries Promotion Corporation of Tamil Nadu) is a fully government-owned institution and boasts of all infrastructure facilities such as a dedicated sub-station for power supply, separate telephone exchange and high speed data connectivity. It is an extremely successful venture by the government and is today home to many renowned companies such as Newgen Software Technologies, Aspire Systems, Changepond Technologies, Hexaware Technologies, Cognizant Technology Solutions, IGATE Global Solutions and Syntel among other eminent names.

Notably, TCS has set up their campus on 70 acres of land at the SIPCOT IT Park. Known to be Asia’s largest IT office, the architecture is designed by the Uruguayan architect Carlos Ott. It was inaugurated on 23rd February 2001 by Danilo Astori, the vice-president of Uruguay. An award winning edifice, it houses over 30,000 employees and has provisions for accommodating over 2000 vehicles. Furthermore, it is proposed that a signature tower, 132 metres high comprising of 28 floors is underway.
The Park offers recreational activities for the employees working here with a clubhouse with gym, outdoor running circuits, swimming pools and a small golf and driving range among other facilities for them.

The skyline for Siruseri has altered permanently. There has been much development and land prices have touched an all time high. Residential apartments and commercial development has been fairly well balanced and there is promise for much more development on the anvil. Transportation facilities have been significantly improved and it is easy to find a good number of public buses and auto rickshaw’s from here.