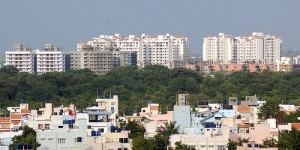 Sembakkam, located in Kanchipuram district is an area that lies within the Chennai Metropolitan Area (CMA). Located approximately 30 kms to the south of Chennai, Sembakkam is a residential area that has rapidly gained recognition on account of proximity to the adjacent IT Parks. With superb access through road, rail and air bases, Sembakkam enjoys connectivity to all the important landmarks within a 10 km radius. Recently the Sembakkam Municipality received its prestigious ISO 9001:2008 certification from an evaluating body- a recognition that is not just noteworthy but well-deserved as well.

Accessible and well-connected- that’s Sembakkam for you

The widespread development that has taken place due to the Velachery Tambaram road has facilitated quick access to the IT corridor, Chromepet MEPZ, Guindy industrial estate and Chennai Corporation area. In more ways than one, this road is virtually comparable to creating a ‘spillover effect’ that has set into motion a massive economic uptrend in nearby areas.

Reachable via the Velachery Tambaram road, Sembakkam is well connected to prime areas such as GST Road and OMR. Residential apartments in Sembakkam are much in demand as the location is in close proximity to all the information technology (IT) companies in OMR and Porur.

Work Life and Recreation- it’s a perfect balance here
Sembakkam is an area that is fast being recognised for its economic viability in terms of the value for money, recent returns on real estate investments and the advantage of closeness to major IT companies. However, the urbanisation and development has not disturbed the peace and tranquillity and one can still find that the air is relatively pure and fresh. There is a reserve forest area within the precincts of Sembakkam and it serves as a green lung to the town. Besides, there are a large number of water bodies and the water table is generally considered high in the area. These factors have been conducive to the overall development of Sembakkam as a potential hotspot for investment.

Healthcare facilities and well-known hospitals such as Hindu Mission Hospital, Global Hospital and Kamakshi Memorial Hospital are available nearby. Besides, the recreational facilities such as The Phoenix Mall, The Grand Mall, Coromandel Plaza Mall/ AGS Theatre and the Vandalur Zoo are close-by and considered as major attractions for residents in Sembakkam.

The promise of growth

The Sembakkam Municipality’s recent acquirement of the prestigious ISO 9001:2008 certification from an external international agency has garnered many accolades from all corners. Further, it has helped local bodies in improving the quality of service provided to tax payers. The records of the municipality are fully computerised with digitized collection reports of garbage charges.

The certification is no mean feat as the municipality achieved this certification by ensuring quality services at all times and carrying out other efficient facilities for the public. Besides, the certifying company carried out a series of strict inspections before awarding the certification. Today, the Municipality has set into practise a standardised working ambience for its staff and officials aside from offering a host of comforts for visitors, keeping in line with the requirements of ISO certification.

While the 21 km first corridor will link Poonamallee and Kathipara, via Kumaranchavadi, Porur and Nandambakkam, with a wishbone line forking off to Vadapalani, there are expectations that the government will soon announce the alignment for the second corridor that will connect Vandalur and Kathipara, via Perungalathur, Irumbuliyur, Tambaram East, Sembakkam, Medavakkam and Velachery.

The proposed monorail would take in its ambit Sembakkam and with this increased connectivity it presents investors one more thing to look forward to.