Stimulating the local economy through development in Sembakkam and the Tambaram-Velachery road! 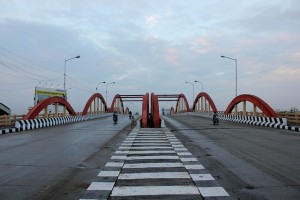 The ripple effect of progress has far reaching effects; so much so that it is sometimes difficult to quantify it in definite terms. Ever so often it happens that swift progress is just a prelude to a further wave of advancement. Such is the immense power of development. One such example in recent times has been the massive burst in real estate activity in Chennai. First there was a major boost to the infrastructure and the transportation and roads metamorphosed into humming epic entres of activity; this led to more and more commercial enterprises setting up shop as there was convenient mobility. The incremental demand for jobs meant an opening up of a solid workforce and thereby to fulfil this requirement, additional impetus was given to the housing sector.

As more and more people started flocking to Chennai, the main city centre started experiencing a sort of saturation. The demand for fringe areas increased and the city limits of Chennai were expanded to include these fringe areas. Areas such as Tambaram, Sembakkam and Velachery became the buzz word for real estate development. Today, these areas are nothing short of a concrete phenomenon and there’s a lot for a home buyer to look forward to.

Tambaram, Sembakkam and Velachery have benefited enormously because of the considerable road and flyover development that has taken place. The 100-feet bye-pass Velachery-Tambaram main road has provided greater access to these localities and even more improvement is expected with the widening work nearing almost completion. This flyover, situated strategically at the junction of Velachery– Taramani link Road, Velachery – Tambaram Road and Velachery Bypass near the busy Vijayanagaram bus terminus is nearly complete and it presents early bird realty investors with a good windfall in property prices.

Daily commuters stand to benefit from this connectivity, in addition to those travellers who typically take the GST Road from Tambaram to Guindy. At 1.3km, the flyover is estimated to be the longest flyover in the city, and will run across three intersections where GST Road meets Kundrathur Road, Sandhai Road and Old Trunk Road. Additionally, there is ongoing work on a double-decker flyover at the Vijayanagar junction in Velachery and it will include a foot over bridge for pedestrians and a macro drain to connect the Veerangal odai. These flyovers are expected to decongest traffic on the important junction that has roads connecting to Tambaram, Guindy and the IT Corridor.

Moreover, The Five Furlong Road, which connects those living in the central, northern and western parts of Chennai to this side of south Chennai, also affords quick accessibility to the Velachery-Tambaram Main Road and Velachery to GST Road through Guindy, besides connecting to Sardar Patel Road and presenting an additional link to GST Road. The Taramani Link Road connects OMR to Velachery. The Thoraiakkam-Pallavaram Radial Road, cutting across the Velachery-Tambaram Main Road accesses OMR from Velachery. A part of the Inner Ring Road over which one can find the MRTS, facilitates transport from the section of GST Road near the airport to Velachery.

The manna from heaven

Sembakkam is one of the areas that has become hugely popular among home buyers because of the positive road development, commercial parks and the multitude of temples and recreational options. Sembakkam is located in close proximity to the bustling Velachary-Tambaram main road and has become a much sought after location of late.

The area is peaceful and serene and one will find many temples such as the Chandra Mouleeswarar temple, the exquisite Skandasharamam temple and the Guruswamy Nagar temple which is believed to be one of the most beautiful temples here.

Renowned schools and colleges besides well known healthcare facilities are situated within a short distance from Sembakkam. The area is replete with recreational facilities, shopping malls and the Vandalur Zoo which are close-by and easily accessible.

Tambaram is often referred to as being one of the oldest localities in Chennai and more recently has been in the limelight because of the whooping increment in capital appreciation of real estate. It was estimated to be nearly as high as 18 per cent in the last one year and 22 per cent in the last two years.

Tambaram is located on the GST Road (Grand Southern Trunk) and serves as a midway to the IT and SEZ corridors. It has well established industrial enterprises nearby and affords quick road connectivity to the neighboring areas and to the rest of Chennai.

It is easy to understand why droves of investors have pegged residential apartments on the Tambaram-Velachery stretch of road to be a potential goldmine.